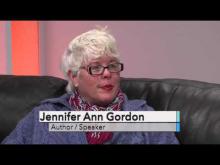 topics discussed include: How she came to be a published author, excerpts from her book and how she supports other writers. 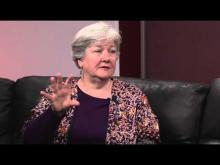 topics discussed include: History of becoming the editor, Things the Enterprise has done to make cost reductions to stay in the black, their 24 hour on-line presence, the redesigned & reenergized website, new iPhone app, and how the community can support the Enterprise to keep this local community newspaper viable.

Clear Channel neglects its emergency system, disaster strikes, people die. Pentagon Pundits profit from the same war they promote. Fox News gets a court ruling that news does not have to be true. Rush Limbaugh incites violence, and Hate Radio rules.

Media Policy is killing people in this country. Literally. And it is killing our democracy, too. Corporate financed lawmakers have stacked the media policy deck against We the People. 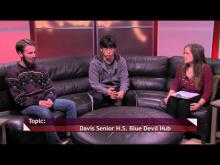 topics discussed include: multimedia information at Davis Senior High School via the school newspaper: The Hub, The Hub online and Facebook, how to get into the class and the jobs through the journalism class. 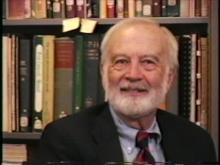 topics discussed include: the past election, Measure P, the upcoming school board elections, the Shakespeare Festival, and the Davis Music Festival among other things.

China Global Television Network, or CGTN, is an international media organization launched by CCTV on December 31, 2016. It is now part of China's predominant radio and television broadcaster, China Media Group, which has incorporated CCTV, CNR and CRI since March 2018.

As a multi-language and multi-platform media organization, CGTN operates in television and online. It also incorporates a video news agency CCTV+.