Enjoy the best of KDRT's Live DiRT, occasional programming that features touring and local artists playing in and around Davis.    For recordings without video, visit this page! 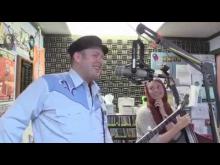 On May 10th, 2018 Al Scorch and Hannah Fidler came in to the KDRT recording studio to do an interview and play some of their music to share with the people of Davis, CA. 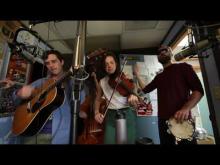 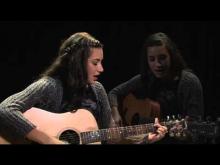 Sourdough Slim & Robert Armstrong perform out at Berryessa Brewing on Feb 15, 2015.   Here is a short clip shot on an old Go-Pro camera. 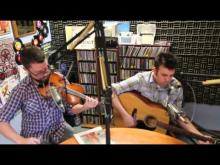 Silas Lowe and Andy Lentz play in the KDRT studio on "Listening Lyrices" with Pieter and Jeannie.    Recorded March 18, 2016.    Enjoy the short clip! 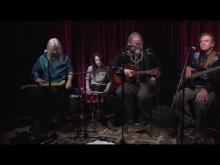 Click here to View online
The Folk Brothers hosted SoCal band I See Hawks in L.A. for KDRT's Live in the Loam, Friday, February 5, 2016.
The band has an impressive catalogue of original songs that cover the musical terrain of country, rock, psychedelia, folk, and bluegrass. Lyrically, the songs display a wry sense of situational humor that typically isn’t found in this genre. The Austin Chronicle refers to their sound as "a divine fusion of humor and twang that’s definitely high, but not that lonesome." 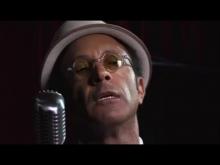 KDRT's Dug Deep hosts the Reverend Shawn Amos and his band for a special Live in the Loam on Wednesday, January 13, at 3pm PT.

A blues singer/songwriter of the highest order, Amos is on a mission to spread the blues with unsurpassed fervor beyond his base in Los Angeles.

Joe Kye (aka "Joseph In The Well) appears on Pieter Pastoor's KDRT show on September 25th, 2015.