A collection of the performancees of the Davis Children's Version of The Nutcracker, put on each year by the City of Davis Department of Recreation and Community Services. 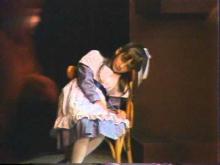 Produced by Bob Bowen, this 1983 production of The Nutcracker, features over 200 local Davis children.