The adventures of six Yolo County girls and one of their dads are featured in a new reality show, Yolo YoYo’s. The show premiered on Davis TV-15 on September 15, 8 pm. New episodes play every Sunday Night at 8pm.

“There’s nothing I enjoy more than spending time with Hannah,” Hennessy said. “I love the vibe that morphs throughout the house when her friends come over to play. Hanging with the kids, being able to be a kid myself, doing what I love doing with Hannah and her friends has been incredible fun. I’m doing what I wanted to do if I grew up.”

Intended to be an uplifting, fun program for the entire family to watch, production began over the summer at local locations like Sweetville Candy and events such as the Woodland Celtic Games and Food Truck Mania. The team has also recently made appearances at the Yolo County Fair and Yolo Food Bank’s grand opening.

Episodes will show the cast’s unscripted and unrehearsed interactions with people they encounter while out and about at various venues and events.

“I love creating situations and stories organically, on the spot. Not knowing which direction we’re headed until we start heading there is exhilarating,” Hennessy explained. “Yolo YoYo’s combines my love for performing ad-lib comedy with the live, in the moment innocence and merriment of the girls, ages 10 through 12.”

Hennessy was inspired to make the show after moving from San Jose to Woodland in April 2018.

“YoYo’s evolved when I began realizing how little I missed the Bay Area, and how I was falling in love with Woodland, Yolo County and the Sacramento Metro area too,” he said.

“When the girls and I pull off in the car on the way to film an episode or make an appearance at an event, it’s the thrill of a lifetime. I’m so very proud of the girls. They love this and do great work in front of the camera.”

A trailer for the show was released Sept. 4 on Davis TV-15 and on the Yolo YoYo’s Facebook and Instagram pages.

The series premieres on Sept. 15 and will play at 8 pm on Sunday nights. New episodes will be released weekly through January 2020, and can be found on their Facebook and YouTube the day after their original airing.

Hennessy is looking for donations from businesses and organizations to create promotional items to give out. He is also on the search for underwriters to help defray production expenses.

Get more information about the Yolo YoYo’s or contact Chris Hennessy. (see below) 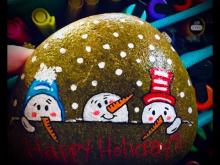 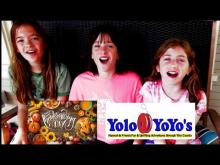 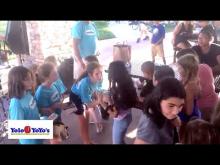 to the Woodland Celtic Games & Festival 2019 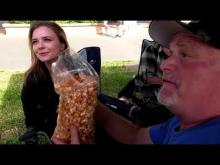 Yolo YoYo's in ‘Our Braveheart Will Tear-Your-Heart-Apart’

to the Woodland Celtic Games & Festival 2019 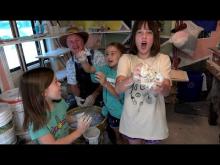 Yolo YoYo's in ‘The Pottery Lottery’